The gorges and trekking routes in the area each have their special traits and beauties.

The first gorge that you can easily walk through is the famous gorge of Kato Zakros, also known as “Gorge of the Dead”. Its name derives from the Minoan tombs found on its vertical slopes, inside caves.

The path upwards toward Zakros will take you a couple of hours to walk, underneath trees and sheer cliffs, among wild herbs, overwhelming smells and sounds that shall linger in your memory long after you’ve left the place.

The trekking route starting at Choclakies will take you about two hours to go and another two to return. The gorge follows a turn to the left, along sheer cliffs. You are mostly moving on the river bank (it is inaccessible in winter), and in spring you should be prepared to climb some rocks, to overcome the water ponds on the way.

At the end of the route you will be rewarded with the view of Karoumes beach, solitary and beautiful, with trees that offer their shade freely for you to rest.

You will need about four hours to complete this second route.

The gorge Zakros-Xerokambos is rather small but impressive and you can find it at about 1 km north of the beaches at Xerokambos.

The first kilometer is not particularly difficult. Later it breaks off in two directions: while the path on the left stops after a few meters, the right hand side continues for another 1,5 km.

In this part access is problematic, because there is no clear path, whith the rocks and shrubs making it difficult to proceed. The gorge ends almost midway between Zakros and Xerokambos.

The gorge following the route Karidi-Adravastoi-Kellaria is one of the less well-known gorges in the area. You will find its exit 1 km north of Adravastoi or 3 km from Zakros.

You can cross it by starting either at Karidi or at the Magassa settlement. The gorge is not very deep. Initially, the mountains create basins, which turn out to be a beautiful but really hard route, since there is no path; you must be really experienced and fit to cross it.

The harshness of the landscape combined with the wild beauty of the rocks create impressive formations and images you will never forget. 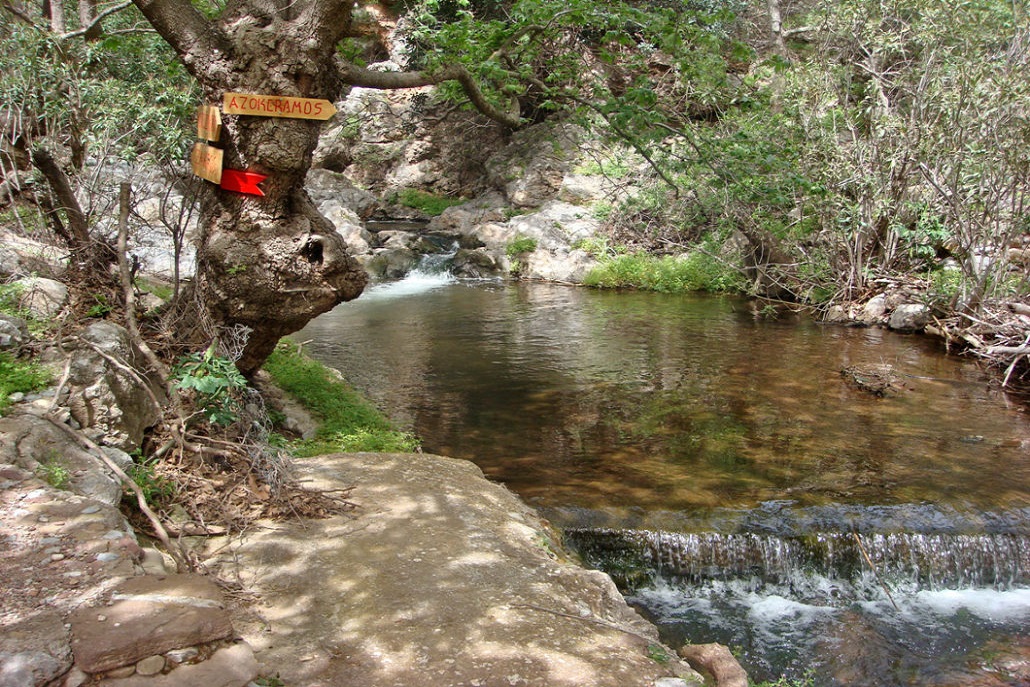 The Itanos Municipal Enterprise has marked free climbing routes at the gorge of Kato Zakros, accessible all year round.

The alternative vacation proposition, for those looking for extreme fun! All routes are covered and offer pleasurable, safe climbing.

You will find many routes, suited to all levels and abilities and suitable for all tastes.

At the famous gorge of Kato Zakros, also known as “Gorge of the Dead”, located at the final stretch of the European path E4, the Itanos Municipal Enterprise has established a variety of free climbing routes, suitable for climbers of all levels, and has bought the relevant equipment, which is for rent to those interested.

The free climbing routes of Kato Zakros are accessible all year round, moreover, climbing is possible at all times of the day, on the right- or left- hand side of the entrance to the gorge, where the routes are marked.

All routes are covered; RP by double-ring relay. 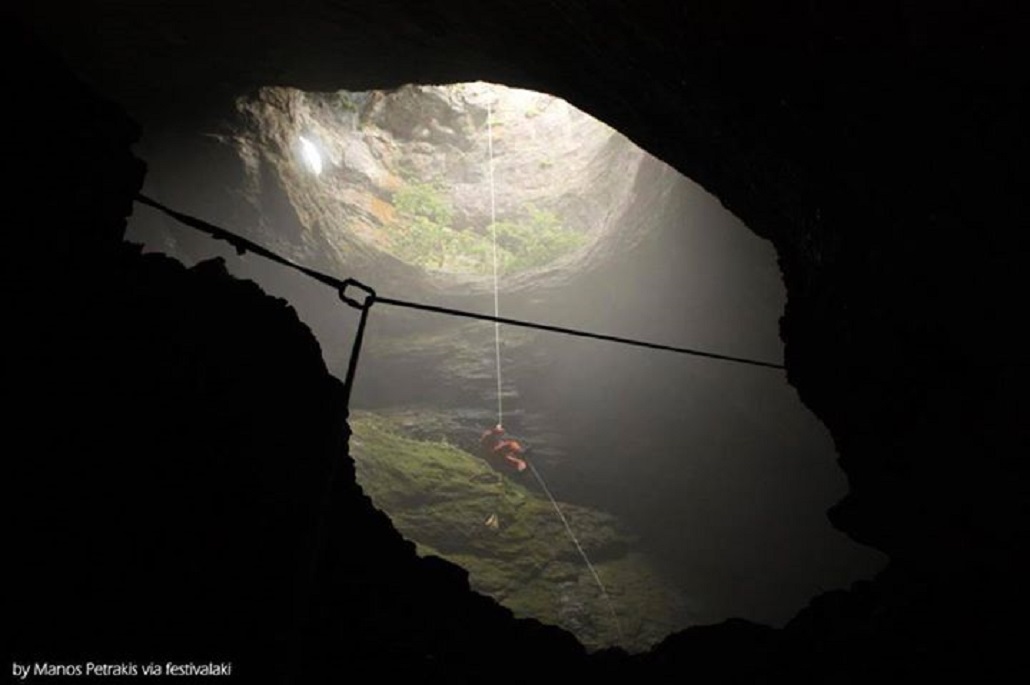 You can reach it after an hour’s journey from Kato Zakros by motorboat and a trek uphill. The mouth of the cave is located at a height of 105m above sea level.

You will see stalactites and stalagmites in wonderful shapes along the path inside the cave. However, you need to be careful because there are some difficult spots to cross in your exploration!

It is located approximately 1.3 km east of the village of Karidi, 22 km from Palekastro.

There are two noteworthy caves in the Karidi area, both with evidence of habitation. They are the Katofygi cave at Limnilakkos and the Peristeras cave. This latter is one of the more important Cretan caves.

It is some 300 m north of the public road and the place is known both as Platyvolo and Peristeras. The mouth of the cave is at 540 m above sea level. It is a deep subterranean cavern opening into Jurassic limestone, and the lowest point is located at 63 m lower than the mouth of the cave.

The opening is 23,5 m wide and 12 m high, but a big rock fall prevents close examination of much of the entrance area. From here one passes into a huge chamber 80 m deep and 35 m wide; at one side the height varies between 2-12m.

The village Agios Georgios, is located 14 km away from Sitia, on the Sitia-Makrigialos-Ierapetra road. Anyone interested in caves should not fail to visit the Micro Katofygi cave (425 m above sea level) north-west of the village, on the slopes of the hill of Mandiliou Plai.

It was inhabited in ancient times and remains of Early Minoan period were found inside, as well as bones of humans and other mammals.

The cave consists of a small chamber from which a sloping gallery descends some 40 m into the hillside, with many naturally decorative features, and hollows filled with water.

Not far away is the Megalo Katofygi cave. It has an opening 3,20 m wide and consists of two chambers, the first of which is 24 m deep and 12 m wide and the second 42m deep and 11m wide. The second chamber has four bays, in one of which there is a big pool of water. The entire course inside of the cave is almost 100m. 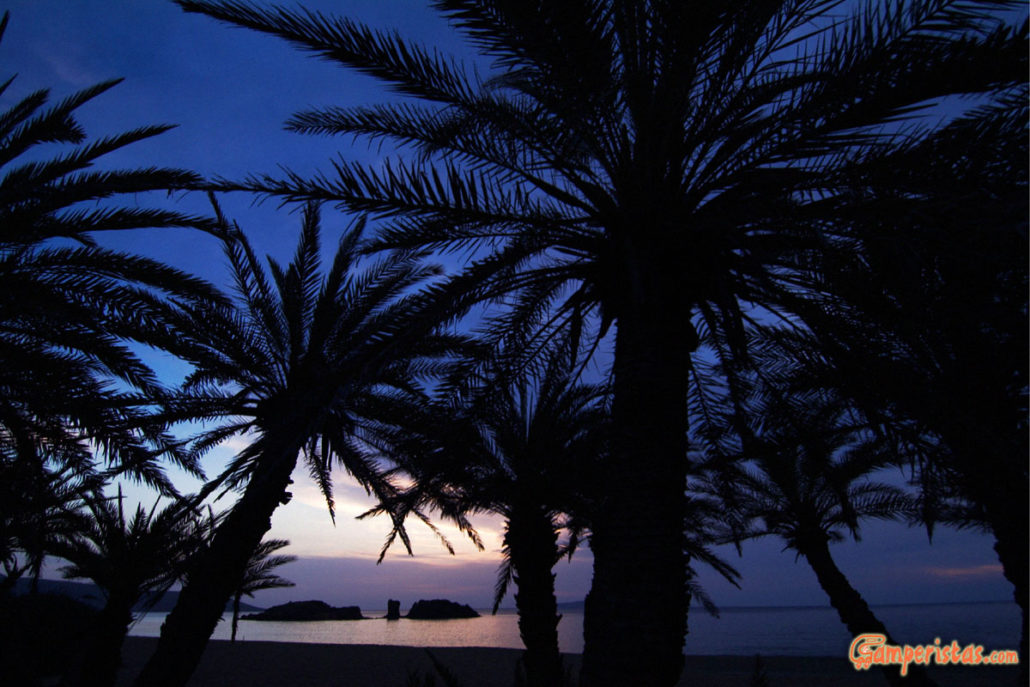 Α palm tree forest stretching on a marvellous valley and sandy beach, next to the ancient Itanos, 28 km away from Sitia.

It is 8 km away from Palekastro and 6 km away from TOPLOU Monastery.
It covers 200 acres and consists of self planted palm trees of Theophrastus (Phoenix Theofrasti).

It is unique of its kind in Greece, Europe and probably the world.
There are many legends about how it was created. It is said that it was created by the Phoenicians who as it was believed were the first to settle Itanos, while according to other versions it was created by the seeds of dates that Egyptian soldiers of Ptolemy VI (pilometor) used to eat, or the soldiers of King Mithridates of Pontus who came as allies to that area, or Saracen pirates or invaders.

Whatever may be the cause of the Vai forest’s existence, one thing is for sure, it is maintained due to the dry, hot climate and the underground water of the valley.

In addition, the palm tree existed in ancient Crete as mentioned in the works of Theophrastus and Pliny and the depiction of the palm tree on coins and pots.

Apart from palm trees, you also find other species of African vegetation that contribute to the biodiversity of this area.

This location is also the meeting point, the crossroad for migrating birds.
Vai because of its special value and beauty is protected by the Greek state, European Union and international contracts.